Skip to content
CALL US
visit us
Book Consult

Conveniently located to serve Kelowna, BC.

We will soften those dynamic lines and wrinkles on your face to help you feel more confident about yourself.

Book a consultation with us today!

Just like skin, results may vary. These pictures (of our awesome, real-life clients!) help you see what is possible and set a realistic expectation.

We’d love to get to know you, learn more about your goals, and see what treatment options would suit you best.

With Botox® Cosmetic You Can

REDISCOVER YOUR TRUE LOOK AT DERMMEDICA

With over 15 years of experience and over 12,000 injectable patients alone, Dr. Crippen is an expert Botox injector who has trained physicians and nurses alike. Trust your one and only face to someone with years of experience and dedication to their craft. Who is it for? Anyone who wants to reduce fine lines and wrinkles on their face. How does it work? Relaxes muscle movement to smooth the skin over time. Dr. Crippen has over a decade of experience injecting Botox for thousands of his patients. You will be in very experienced hands.

Immediate – patients receiving Botox® are able to return to their normal activities immediately. There is no downtime. A follow-up appointment will be scheduled for one to two weeks after the treatment to monitor your progress and to make sure the Botox® treatment is working to your satisfaction. It will likely take 2 -4 days for treatment to start working, and up to a week before the treatment takes full effect. When the treatment is activated, the visible results will be smoother skin, the reduction of wrinkles, or decreased sweating depending on the condition being treated. It is important to remember, however, that results are only temporary (normally 3-4 months, but this duration varies between patients) and additional treatments will be necessary to maintain achieved results.

The average appointment is 10-15 minutes, involving a simple Botox® injection into the treatment area with little to no discomfort. The effect of the Botox® treatment will take a few days to become noticeable and in some patients, it can take up to a week for Botox® to start fully working. You are supposed to use your muscles normally after treatment however, do not manipulate or massage the treated area for the first 24-48 hours. This will allow the Botox® proteins to penetrate into the muscle correctly and in the desired location.

HOW DOES A BOTOX® TREATMENT IN KELOWNA WORK?

Botox® Cosmetic works by blocking nerve impulses to injected muscles. This reduces muscle activity that causes the moderate to severe lines to form. These types of lines are also called dynamic lines. Muscles receiving Botox® cosmetic injections no longer get the signal to contract. These muscles stay at rest resulting in smoother skin over time. Botox® therapeutic works by temporarily blocking the chemical signals from nerves that stimulate sweat glands. Botox® is a great wrinkle therapy and is an alternative to the Fraxel® laser, Juvederm® filler, Xeomin®, Dysport®, Restylane®, and Radiesse®.

Botox® is a medicine that is injected into muscles. There are two uses for Botox® currently available: Botox® Cosmetic can be injected into muscles and used to improve the look of moderate to severe frown lines between the eyebrows for a short period of time (temporary). Botox® Therapeutic is injected into the skin to treat the symptoms of hyperhidrosis or severe underarm sweating when medicines used on the skin (topical) do not work well enough.

WHAT CONDITIONS DOES BOTOX® TREAT?

Rosacea is a chronic condition for which there is no cure. However, it can be treated and monitored. Avoiding triggers is one of the keys.

BOTOX® TREATMENTS IN KELOWNA, BC

Botox® or Botulinum toxin is a product manufactured by the company Allergan. It is used for both cosmetic and medical treatment purposes. Health Canada Warning: Make sure you have an experienced physician administer your Botox®. Anyone else performing this procedure would be considered an illegal activity by the Canada Food and Drugs Act. 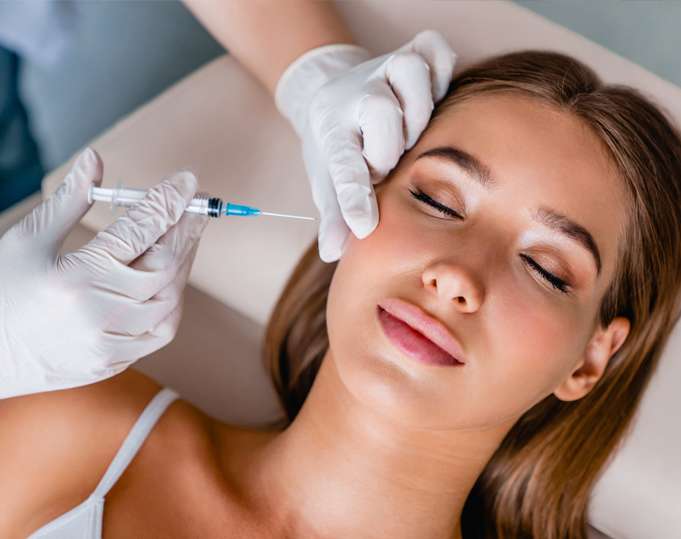 A wide square jaw is a traditionally masculine quality that can be embarrassing or undesirable for females. Some women wish to narrow the lower third of their face. Botox® injections in the masseter muscle offer a non-surgical method of jaw reduction.

Jaw reduction surgery can be invasive for many patients who prefer to opt for a lower-risk form of jaw reduction. It is important to consult with a doctor to make sure that it is the masseter muscle and not the jawbone that is causing the extra width of the face. If it is the jawbone then Botox® jaw reduction treatment will not work and surgery remains the only option.

Where the masseter muscle along the edge of the jawbone is responsible for the square appearance of the face, the injection of Botox® can weaken this muscle and reduce its size creating a rounder and daintier facial shape.

Repeat injections can often weaken the muscles. Many patients come in for two or three initial treatments. Some patients return every six months or so for additional work.

You can find further information about Botox® online at www.botoxcosmetic.ca
BOOK CONSULT

MYTHS ABOUT BOTOX® IN KELOWNA – DERMMEDICA

As always, it’s important for us to point out that undergoing any type of medical procedure should entail consulting with a licensed and experienced physician first. No one else should even be attempting to operate on you, let alone inject you with anything.

Sadly, not everyone does their due diligence before undergoing cosmetic procedures. As a result, some people have some horror stories following surgeries or treatments that involve injections. However, it isn’t Botox® that deserves the bad rap. Instead, it’s the non-licensed individuals posing as professional physicians who should be reprimanded.

That being said, it’s important to unveil some truth about Botox®. And in order to do so, we must take a look at some of the most prevalent myths about it. On EmpireMedicalTraining.com, a list including the top five myths about Botox® can be found. We began to take a look at this list in our last blog. Let’s pick up where we left off, shall we?

The third myth listed is that Botox® will leave you with a frozen face or give you that unnatural “startled” look. In fact, patients generally appear more relaxed and youthful. Once again, this is a myth that is perpetuated by the unqualified individuals who have improperly administered Botox® injections.

Trained professionals know exactly which muscles to treat and only inject Botox® into those specific muscles. Here’s another myth: You can only get one Botox® treatment. In actuality, you can repeat your Botox® treatments. As EmpireMedicalTraining.com explains, treatments can last up to three months in order to achieve optimum results.

Some people respond quicker than others, so the frequency of visits depends on the individual. Again, consulting with a doctor is the best way to discover what treatment plan is best for you. Finally, myth number five is that Botox® is a dangerous toxin. In truth, it has a fabulous safety record.

Since 1987, doctors have been performing an average of three million Botox® procedures per year without any patients experiencing long-term side effects. As EmpireMedicalTraining.com puts it, Botox® “is a purified protein and a medical prescription product, and has been used therapeutically to treat a variety of medical conditions.”

We hope our blogs have helped to dispel some myths while encouraging you to consult a physician if you have any questions about Botox®.

Not located in Kelowna? We see patients from many surrounding areas! 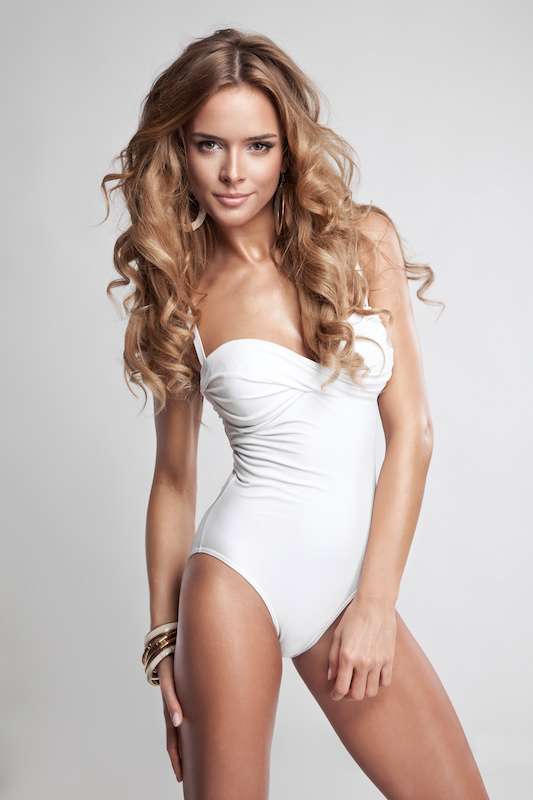 Laser Hair Removal/skin-and-laser-treatments/kelowna-laser-hair-removal/
Belkyra is a naturally occurring chemical (deoxycholate) that can help shrink fat deposits by permanently eliminating fat cells. Any patient with troublesome fat deposits, particularly under the chin, back of the shoulder, front of the shoulder and other areas where fat accumulates more than desired. 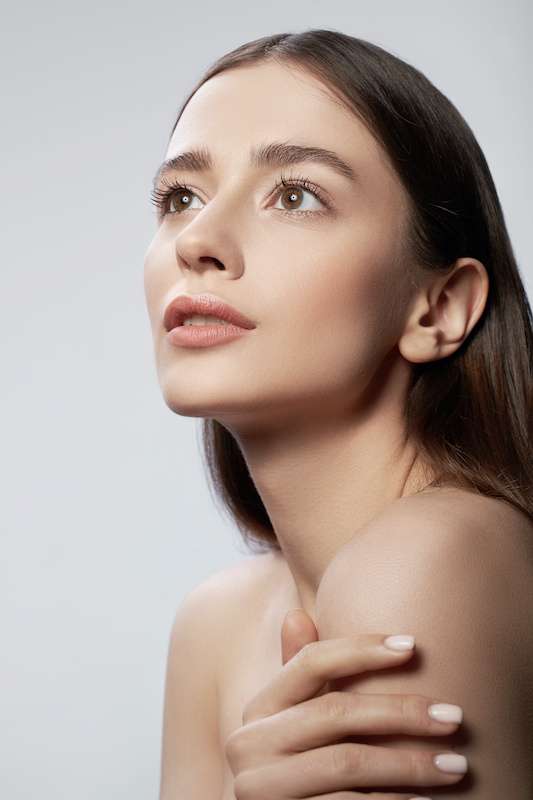 Belkyra™ for Double Chins/skin-and-laser-treatments/belkyra-injections/
Some of us lose volume more quickly, while others hold onto it quite well into our middle age, but all of us lose volume as we age. Adding a little volume here and there with precise injections can reshape our face back to where we need it to be. The beauty of injectable treatments is there is no surgery and no downtime required, but results that normally last years. Juvéderm® & Dermal Fillers/skin-and-laser-treatments/juvederm-kelowna/
CoolSculpting® is a procedure with no downtime that permanently zaps fat without any fuss or muss on your tummy, love handles, flanks, back, thighs, arms and more. As the first Kelowna CoolSculpting provider in 2011, we are uniquely qualified to perform treatments while you sit back, relax and wait for your fat to disappear for good. 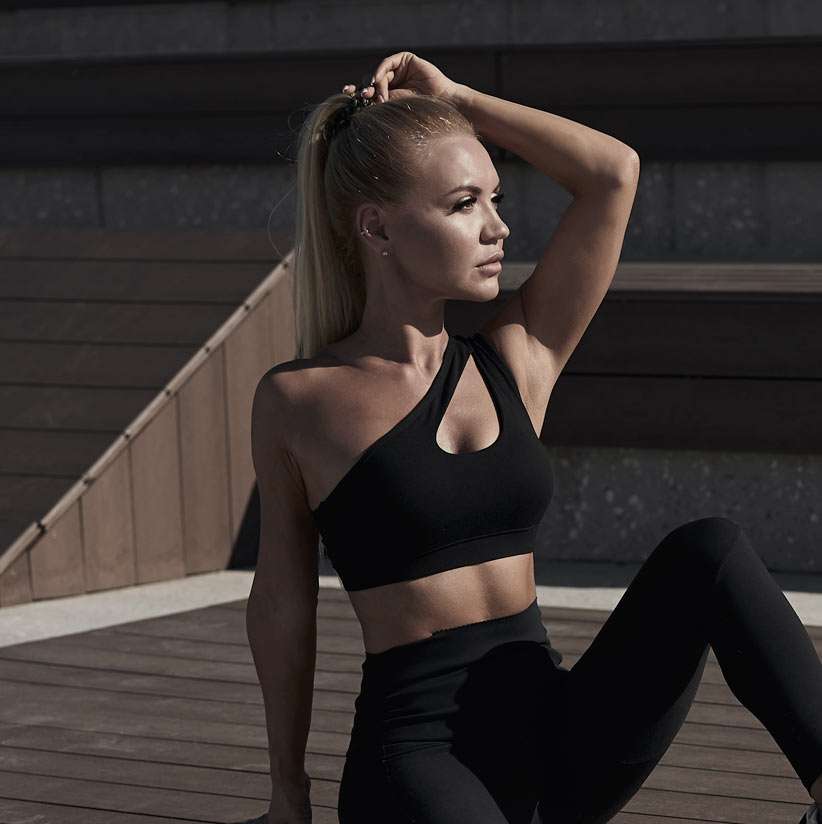 CoolSculpting®/skin-and-laser-treatments/coolsculpting-kelowna/
A DermaSilk Microdermabrasion treatment is a pleasant, relaxing, non-invasive skin rejuvenation procedure that uses a mechanical method of gently exfoliating the superficial layer of the skin. The top layer of dead skin cells are gently removed to leave the skin feeling smoother and more refreshed instantly. 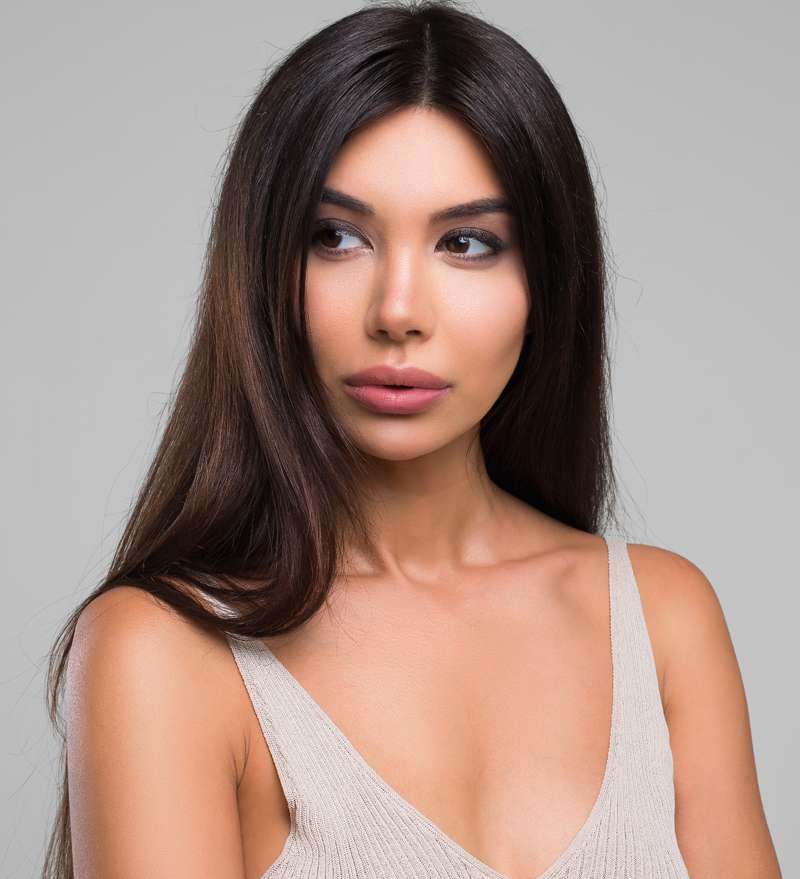 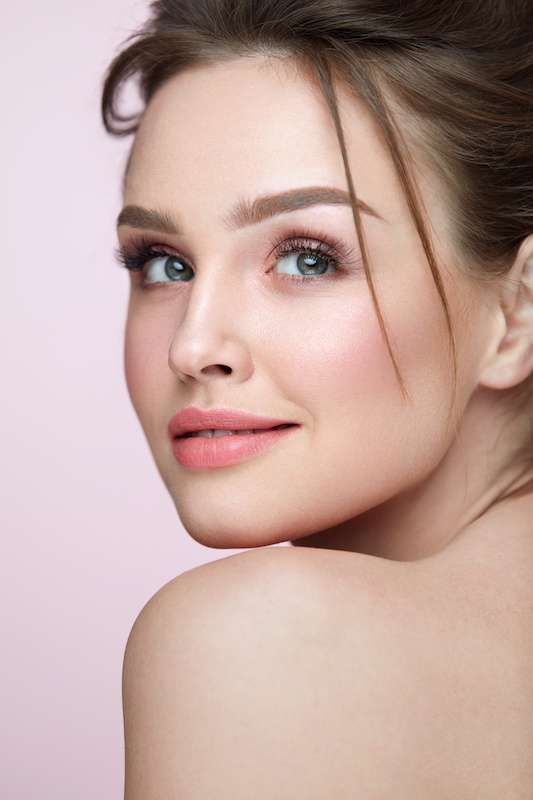 DermaGlow Laser Skin Peel® (Laser Peels)/skin-and-laser-treatments/dermaglow-laser-skin-peel/
Peeling is usually a bad side-effect from too much sun exposure, but a chemical peel is a great way to remove sun damaged skin to reveal brand new soft skin underneath. Chemical peels are for any patient who wants to even pigmentation, soften and smoothen their skin. 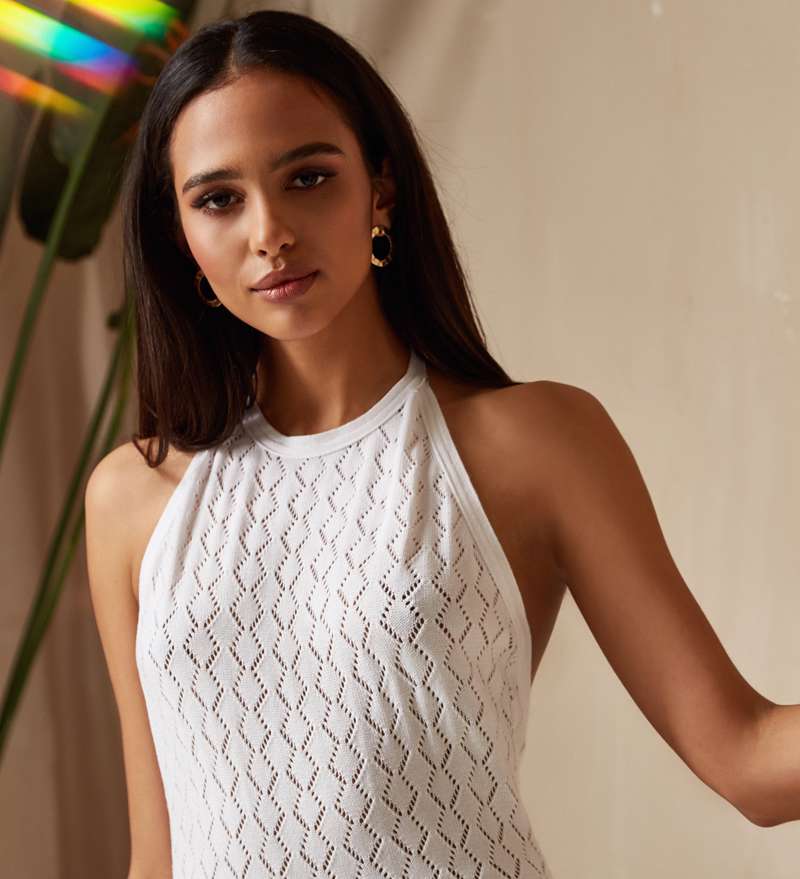 Chemical Peels/skin-and-laser-treatments/chemical-peels/
We may be able to help you completely recover from skin damage that has become permanent scarring. Using lasers and/or dermal fillers, we can target scars by diminishing their colour and/or encouraging the development of new smoother skin. 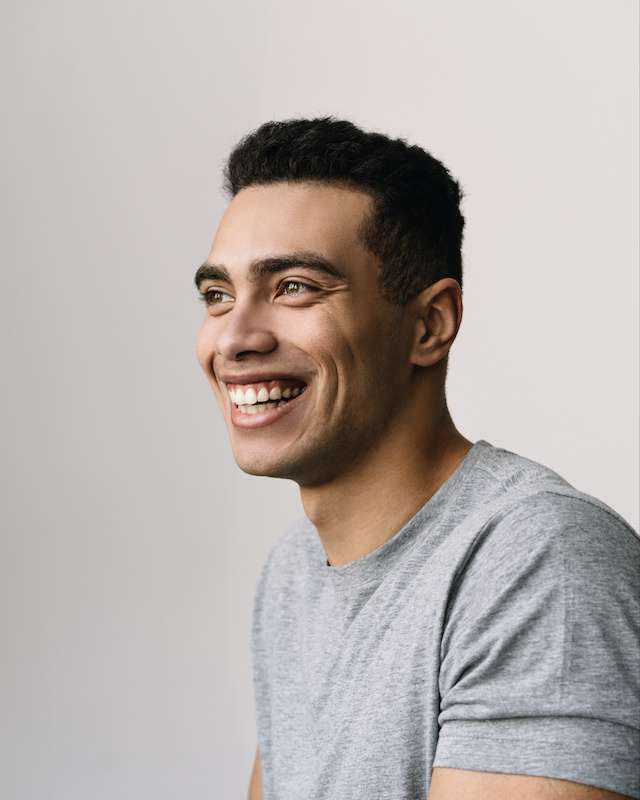 Scar Treatments/scar-treatments-kelowna/
A Fractional Carbon Dioxide Laser is similar to an Erbium Laser in that they both vaporize water to remove layers of problem skin and stimulate collagen growth. A Fractional CO2 laser, however, is a much better skin tightening laser and therefore is used for the treatment of deeper skin problems. 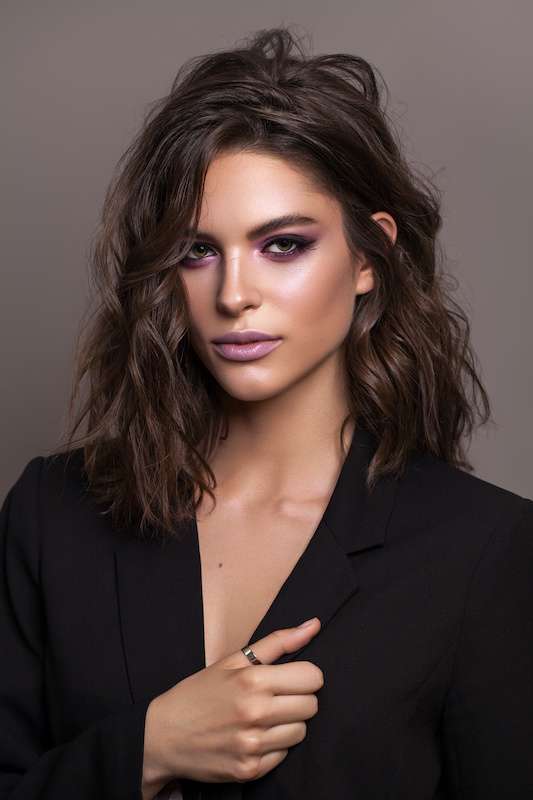